The inner structure of the figure features carefully partitioned parts and articulated joints, allowing you to pose the figure in all kinds of ways.

The chest of the figure utilizes a new articulation mechanism, allowing for a wide range of articulation in order to create intense combat scenes from the series. His sleeves can be rotated for making poses look natural. The knees of the figure are articulated in two places, allowing you to bend his knees more than with typical joints.

figma Tanjiro Kamado has been created with every small detail in mind.
From Tanjiro's rich expression and the design of his kimono, to the sculpting of his blade and faithful recreation of the effects that accompany his attacks, everything has been recreated in stunning detail. Thanks to Max Factory's fastidious sculptwork, the clothlike appearance of his haori coat has been perfectly preserved in figure form. 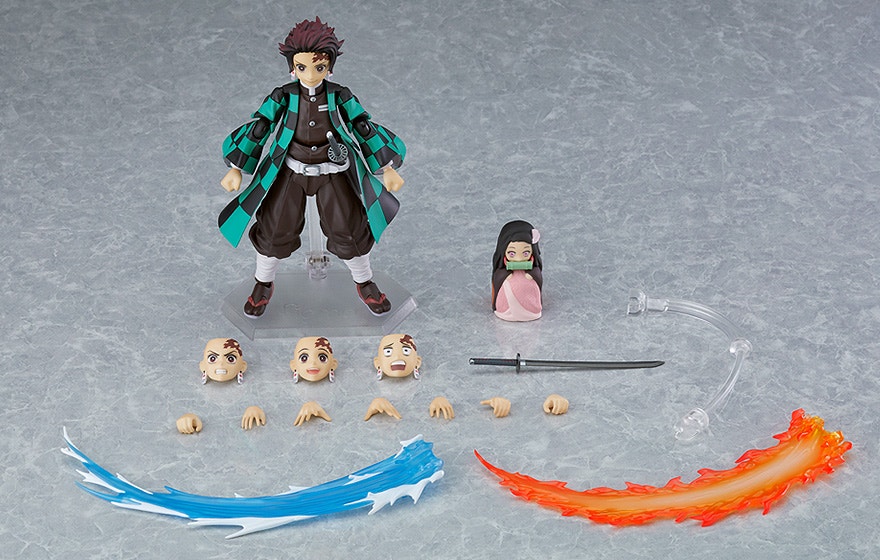 In addition to four different face plates, the DX Edition also includes a shrunken version of Nezuko and two effect parts—a fire effect and a water effect. The figure of Nezuko in a shrunken down size features her in a pose as though ready to fit in her box. Stay tuned for more products coming out in the future! 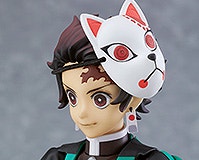 *Photos of the product on this page are a painted prototype. The final product may differ.