“Let the captain look cool every once in awhile.”

From the popular anime series "Haikyu!!" comes a Nendoroid of the Nekoma High Boys’ Volleyball Club captain known as the "Calm and Collected Tactician", Tetsuro Kuroo, in his second uniform!

He comes with three face plates including a standard face, a serious face often seen during matches and a smiling face! The Nendoroid comes with parts to create receiving poses as well as blocking poses. Optional parts include a volleyball, a special base made in the image of a volleyball court, a Nekoma High Boys’ Volleyball Club support flag, his team jacket, a calico cat miniature figure and a grilled Pacific saury!

Be sure to add him to your collection and display him with Nendoroid Kenma Kozume: Second Uniform Ver. (sold separately) available for preorder from the same time!

Preorders ofNendoroid Tetsuro Kuroo: Second Uniform Ver. from the GOODSMILE ONLINE SHOP will include a Nendoroid Plus Rubber Strap: Tetsuro Kuroo: Connect Ver. as a bonus! 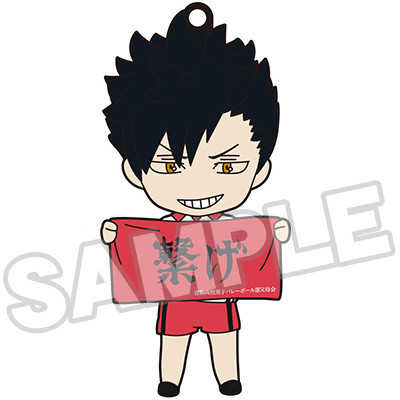