Carry-on luggage featuring a design from "Bahubali 2: The Conclusion"!

From the highest-grossing film in India that wowed fans with its stunning action "Baahubali 2: The Conclusion" comes carry-on luggage! The luggage features a completely original design based on Baahubali's armor. It is carry-on sized for bringing onto a plane and features TSA locks for extra security. The zippers feature the text "bāhubali" and the fabric on the inside of the case is decorated with the crest of the kingdom of Mahishmathi.

* This product may also be available at select events.

Purchases of Baahubali 2: The Conclusion Carry-on Luggage from the GOOD SMILE ONLINE SHOP will include an A3 Sticker Sheet as a bonus! 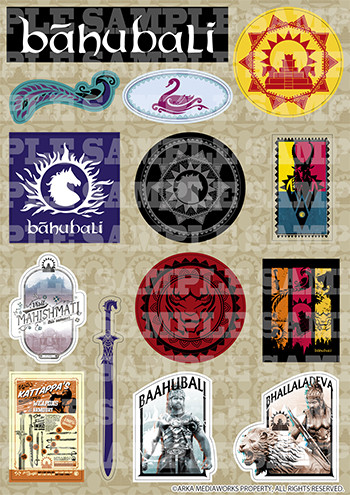