A popular figure recreated in POP UP PARADE form!

POP UP PARADE is a new series of figures that are easy to collect with affordable prices and speedy releases! Each figure typically stands around 17-18cm in height and the series features a vast selection of characters from popular anime and game series, with many more to be added soon!

The scale figure of huke's popular original character Black Rock Shooter from "BLACK ROCK SHOOTER" has been scanned, resized and recreated in POP UP PARADE form to commemorate the POP UP PARADE series reaching 100 figures! Experience the figure again in a new form!。

Preorders of POP UP PARADE Black Rock Shooter from the GOOD SMILE ONLINE SHOP will include a Postcard as a bonus! 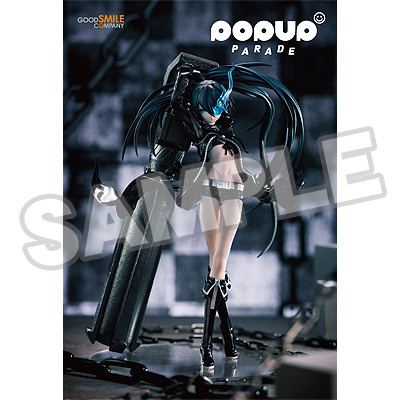